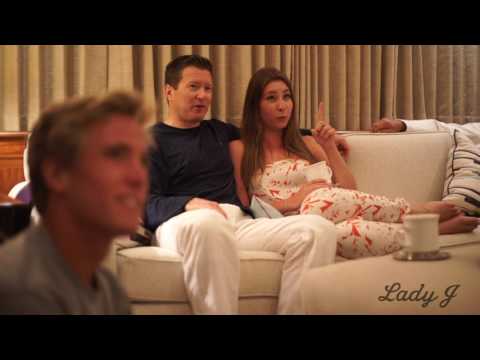 Captain John developed his love for boating from the shores of Lake Erie in Sandusky, Ohio. He began sailing competitively and fishing from his earliest years. The passion followed him to Connecticut along with a love of all competitive sports.

Two weeks after finishing at The University of Connecticut his professional Yachting career began! Captain John started as an engineer in the industry, ultimately supervising the construction of three vessels as an owner's representative.

John has spent thirty years now as a professional yacht crew member. He has cruised extensively in the Atlantic, Pacific and Caribbean oceans, making friends with locals and guests all along the way.

Captain John holds many certifications to make your charter fun and safe. He has a 1600/3000 Ton Master of Oceans License. Celestial navigation, medical training, firefighting and ship's security are a few other pertinent qualifications.

Jarryd grew up on Durban Beach in South Africa. He spent 6 years in hospitality where he played an intricate role in the progression of taking a Cocktail Bar to a successful franchise, ultimately opening several stores across South Africa. During this time he competed in flaring competitions (think Tom Cruise in Cocktail) and studied a Masters in Bartending. He also has a degree in Marketing and a Diploma in Advertising/Brand Management. Jarryd started yachting in 2009 and since then he has completed five Atlantic crossings and sailed around the Caribbean, Bahamas, U.S.A, Mediterranean, and the Gulf of Mexico totaling 60,000+ nm. Jarryd currently holds the Officer of the Watch (OOW) and is working towards his Masters license. He enjoys exploring the outdoors, traveling, adventures, diving, surfing and long boarding.

Robert Buchar hails from New Jersey, USA and currently holds a Y4 Engineering license from the MCA and a 100GT Captain’s license from the US Coast Guard. At the age of 24, Bobby moved to the beach and started working for his brother as a Marine Diesel Mechanic. This exposure resulted in a love for the ocean and a desire to become a full time Marine Engineer. Bobby quickly moved from being land based to working full time on yachts. He initially started working in design and construction for a boat building company out of New Jersey, and then joined a 75' Viking Sportsfish as Captain/Engineer, cruising from New York to South Florida between 2007 to 2010. Bobby has never looked back and has concentrated on his career as an Engineer with over 13 years in the business and having completed multiple trans-Atlantic crossings. Bobby's other interests include fishing and off-road mountain biking.

Born and raised in Egypt, Ely moved to the United States in 2006 after completing his education. His love of world travel, food, and the creativity of combining ingredients in so many ways lead him to the yachting industry. Ely’s style of cooking is very unique. He combines healthy and tasty and his passion is introducing new dining experiences to his guests. He recently spent 4 months in Europe and the Middle East seeking out great culinary experiences.

Ely lives an active lifestyle, has played soccer since childhood, and is drawn to being on the water whether it be fishing on the intracoastal in Florida or working on a charter in the Bahamas. When Ely isn’t in the galley he enjoys being out and about on a hike or cycling with friends and family.

Ania originates from Poland, spending childhood summers on the Baltic Sea. She moved to coastal New England in her teens where boating and skiing became top hobbies. Attending University in Rhode Island, Ania earned her master’s degree in International Hospitality and Tourism Management. She embarked on a career in fine dining, managing some the finest restaurants and hotels in the Northeast. In 2009 after spending a season freelancing overseas, she discovered her desire for exploration. Soon after she decided to join the yachting industry full-time and apply a decade of her professional hospitality and silver service experience managing interior teams. Anias' curiosity of new places, cultures and cuisine paired with her love of the open sea made yachting a perfect career path and addition to the Lady J charter program.

Andrew was born and raised in Pinetown, which is a small coastal town in Kwa-Zulu Natal, South Africa. Living on the coast has instilled a huge passion for the ocean through activities such as surf-ski, body boarding and shoreside fishing. Andy started his yachting career in 2011 and has since obtained his PADI Divemaster along with his maritime studies. He hopes to achieve the OOW 3,000-ton license and to begin training in Mixed Gas Technical Diving. Andrew has done 3 Atlantic crossings and a crossing from Malta to Singapore. Andrew is happiest when improving and sharing his knowledge to show our guests the time of their lives!

Sarah grew up on the water in Michigan on Lake St. Claire. Having gone through her yacht clubs’ junior sailing program she developed a love and passion for the water. The need for warm weather and sailing year-round, she found herself on the west coast where she finished college and eventually ended up in Newport Beach, CA surrounded by sailors and yachties alike. She continued to sail while working in the medical field but always knew that working on boats was her ultimate career goal. Her passion to serve others, eye for detail, and laid-back attitude makes her a perfect addition to Lady J.

Aquila grew up between Noosa, a small surfing town in Queensland, Australia and Annapolis, Maryland, USA. having family in most corners of the globe she grew up travelling and enjoyed being home schooled with her siblings onboard her parents’ sailboat. A love for the ocean and exploration was what influenced her studies as a maritime archaeologist and journalist. As a keen sailor she found a new career path in yachting as a deckhand. Aquila loves scuba diving, surfing, fishing, treasure salvaging, writing and anything on NatGeo.

Chelsea was born and raised in a small town in central California. She moved to beautiful San Diego and studied Business at University. This is also where she began working in the bar and restaurant industry and found her passion for hospitality. Having never traveled much, she wanted to find a career that would allow her to do so while still utilizing her service skills. Luckily, she found yachting which turned out to be the perfect fit. Chelsea enjoys new adventures and meeting people from all over the world. The fact that she’s able to do so while helping create experiences for guests on Lady J is a bonus.