Named for the national bird of Finland, CYGNUS CYGNUS, is available for performance charters in premier sailing grounds.
BALANCED FOR PERFORMANCE AND COMFORT
The advanced hydrodynamic shape of her hull, designed by world renowned naval architect Germán Frers, utilizes the optimal length to beam ratio to deliver true performance while providing luxurious accommodations for her guests. Experience for yourself how the combination of high performance and spacious living and entertaining areas makes the Ocean Explorer 60 a class of her own!
CYGNUS CYGNUS is best suited for groups of up to six adults and two children. She sails with a captain and chef. 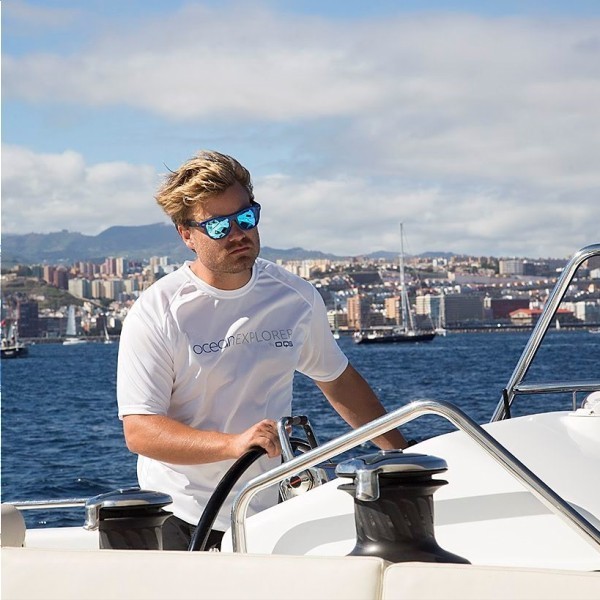 Born and raised in Kungsbacka, Sweden, Philip began sailing Opti’s at the age of 8. This experience ignited his passion for sailing and his appreciation for the ocean. He was a well-known character in the Swedish youth racing scene and went on to represent Sweden in the 2012 Olympics with four national championship victories as well as win for the Olympic gold in England. Since his victories, Philip has been working in all capacities within the industry such as sailboat racing, boat development and manufacturing, marketing and luxury yachting. Philip is always up for an adventure; he is an avid kiteboarder and enjoys car racing in his spare time. He looks forward to welcoming you aboard CYGNUS CYGNUS!

The accommodation layout incorporates 1 crew + 4 guest cabins
Three guest cabins sport  walk around Queen size 155 cm beds  with en suite heads including separate spacious shower, bidets, and large mirror.
One guest cabin has upper and lower singles and shares bath with Queen cabin.
CYGNUS CYGNUS is best suited for groups of up to six adults and two children. She sails with a captain and chef.
The interior sports large side windows, fabric surface with Canadian ash wood. Large spacious salon has dining area for eight and a large spacious cockpit for lounging and al fresco dining.